Can't find what you're looking for?

RFID vs. BLE: 2 Reasons RFID is still the most valuable passive tracking technology for conferences and tradeshows 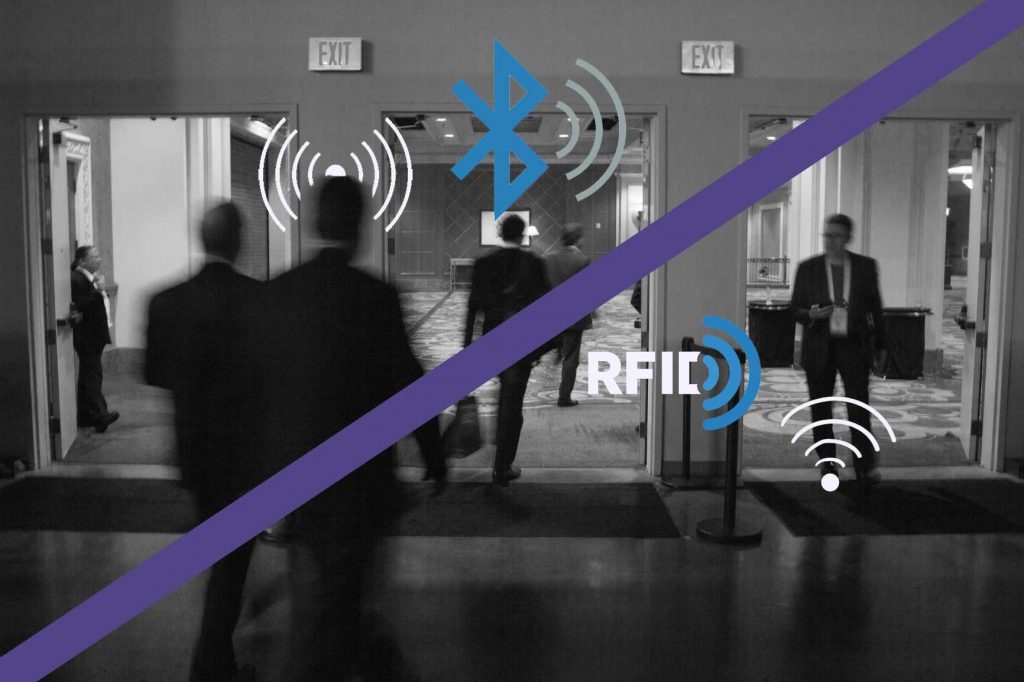 RFID tracking was the industry’s ‘shiny new penny’ when it started appearing events around 2010. While it had it’s challenges existing in an event environment, RFID was a major upgrade to the process of tracking attendance manually with clickers or barcode scanners. Because of the ease-of-use and alleviation of staff responsible for managing attendance tracking, RFID was adopted by many event organizers as their primary method for collecting this information. Due to the surge in demand for this solution, many providers started offering RFID attendance tracking, putting complex deployments into novice hands, hindering the satisfaction event planners initially had. What was once a new, trusted method quickly gained a reputation as an expensive, unreliable gamble.

Fast forward to 2015, the surge of RFID’s “replacement”, BLE (Bluetooth Low-Energy). For starters, BLE provides more than attendance metrics to the event industry. It can be used to provide attendees with specialized content through mobile app integrations and enhance the exhibit floor experience with interactivity capabilities. As an attendance tracking method, BLE is designed to track a radius or boundary, where RFID normally monitors an entry or exit. With the capability to monitor the ‘in-between’ areas like specific areas on the show floor by arranging beacons or hubs throughout the venue, event organizers were quickly excited by the possibilities of additional insights. Very similar to RFID, BLE was heavily adopted by technology vendors looking to capitalize on the demand, exposing deficiencies of the technology when deployed in a flawed environment.

Pandemic and the Hybrid/Virtual revolutions aside, that brings us to today’s question. Which technology is the best for passive attendance tracking at conferences and tradeshows? We’ll focus on the three most important factors that influenced Capture Technologies to stick with RFID since 2012.

When the accuracy of attendance data is a priority to the event organizer, RFID holds a large advantage over BLE. Very similar to BLE being an upgraded version of Bluetooth, RFID has gone through a major improvement process of it’s own. To summarize, the RFID technologies that hit the market in 2010 were constrained to a “linear” read, only capturing scans that could be seen in a straight-line between the reader and tag. Through body types, purses, phones, and many other common obstacles attendees often produce, the read-rate was below an 80% success rate. Because of this, Capture stayed out of the initial RFID market until “RFID 2.0” came out, offering readers equipped with circular polarity antennas (picture a tornado) capable of reading RFID badges at over a 95% accuracy. On the BLE side, there are a few common variables that limit the reliability when tracking attendance. If the BLE beacon is on the badge or provided to attendees as a wearable, it’s dependent on the battery of the reader. If the BLE provider is leveraging a mobile app or smartphone to track attendance, it’s often dependent on the attendee opting-in, having a smartphone, downloading the app, and keeping their phone charged throughout the conference. In conclusion, BLE is a very capable option for event organizers looking to leverage the experience capabilities of BLE with the attendance metrics as a secondary estimate of traffic, but RFID (2.0) is the most reliable method of tracking passive attendance.

We recently had a conversation with an event organizer who asked, “why are there so many BLE providers in the industry, but we can’t find many options for RFID?” In a summarized response, we believe it’s all about the placement of cost. RFID providers take a big hit on the hardware’s cost-of-entry, spending large amounts on the RFID Readers (Mounted Panels, Floormats, Open-Area Readers) and accessories, but the cost of an RFID sticker that can be adhered to the back of the badge is about thirty cents apiece. With BLE, the hardware cost of entry is much smaller, usually focusing on the purchase of phones to serve as readers. While the deployment cost is higher with wearables or badge beacons often hitting $4 per, that cost is pushed to the client; not the provider. In comparison to a common-world question, it’s the age-old question of buying vs. renting for event tech providers. Do they ‘rent’ hardware with a low cost-of-entry, capable of quickly shifting to the next “revolutionary” technology hitting the market, or do they invest in the hardware with confidence in it’s potential to provide cost-effective attendance tracking to events for years to come?